Receding and projecting directed walls with chambers inserted between them, this is the project's genetic code and its architectural language. The concept can be translated to suit the particular situation (streetside/natural terrain unit). Along the Wehntalerstrasse, varying depths of walls intersect with the natural lie of the land, creating volumes facing away from the road and traffic noise and only opening out towards the south through sections which penetrate deep into the exterior open spaces. The hilly terrain to the south of Obsthaldenstrasse triggers an application of the same structural idea that goes with the topography. The long façade of the buildings is broken up to create a pattern which makes reference to the scale of smaller buildings in the neighbouring area. 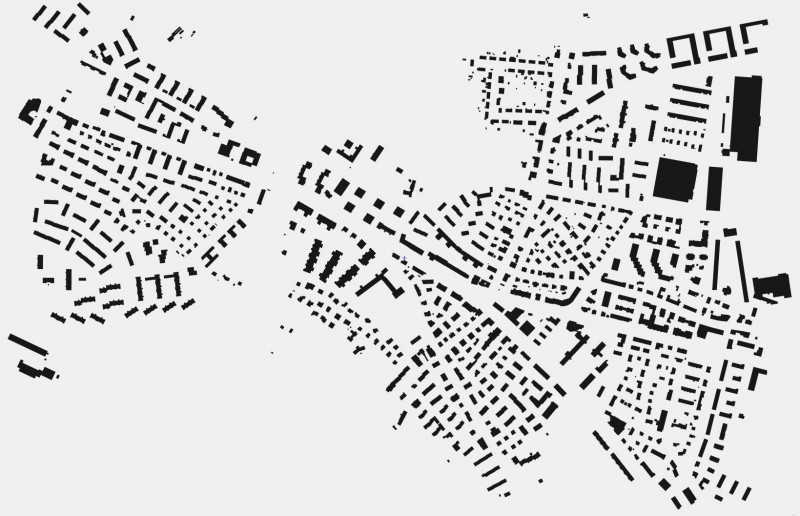 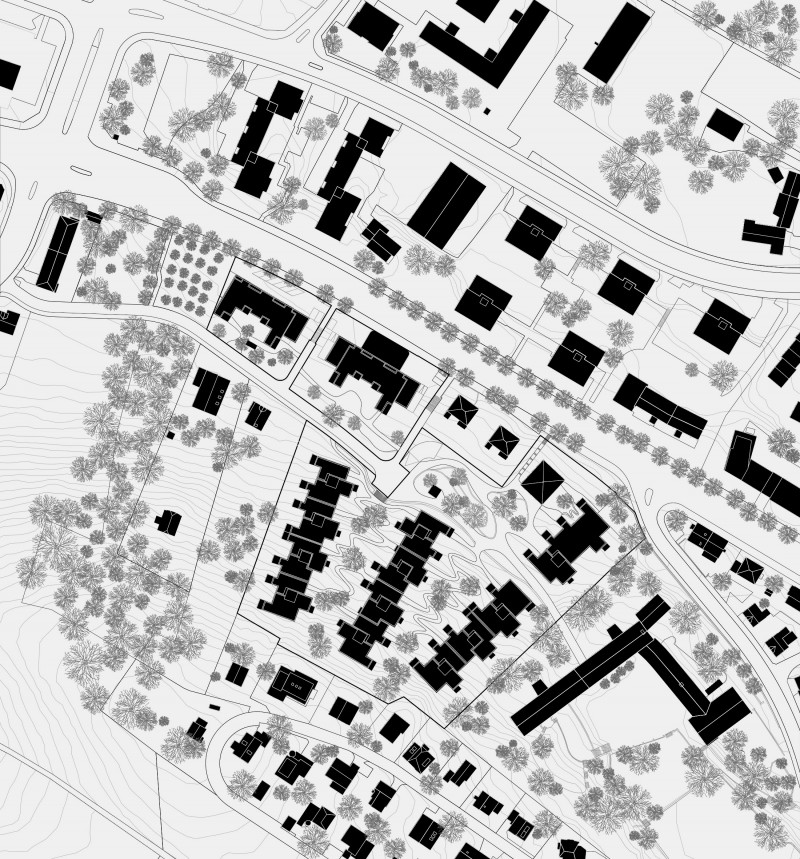 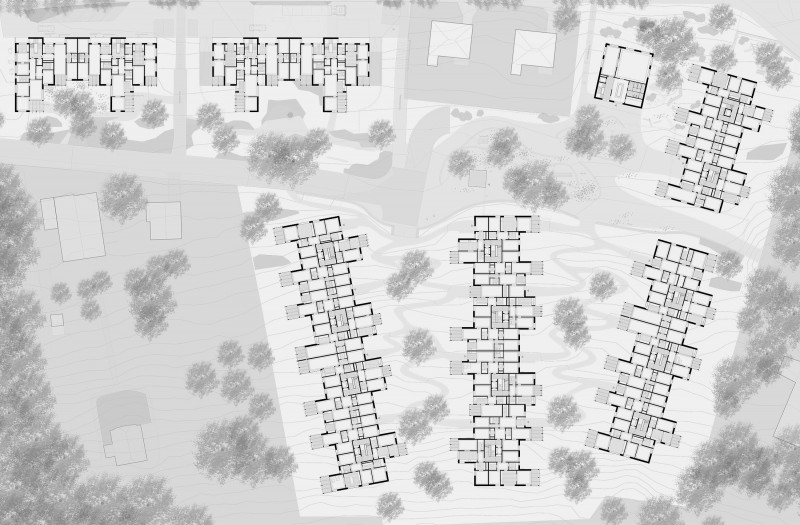 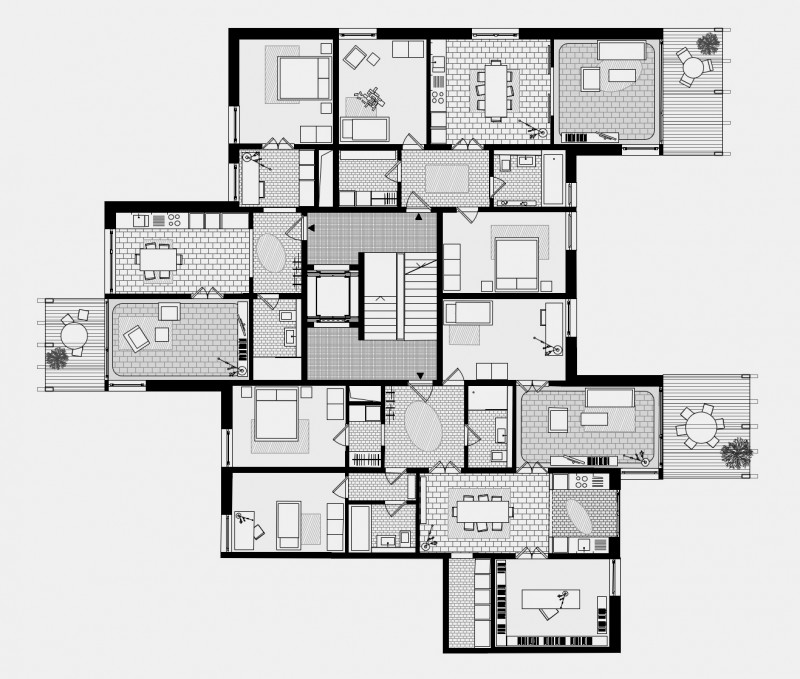 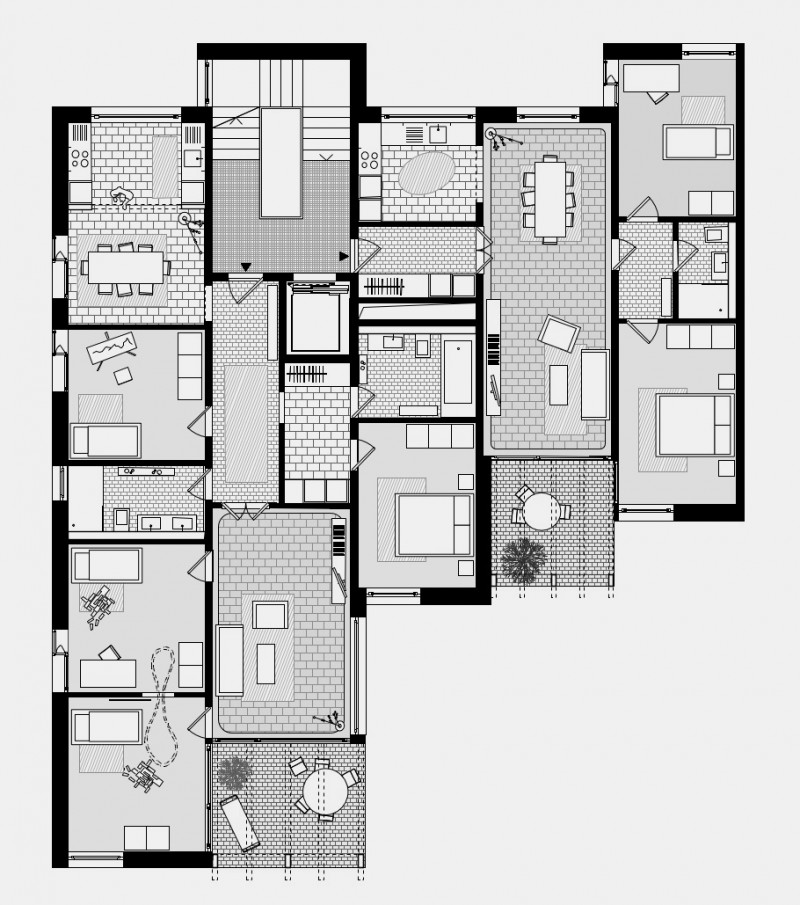 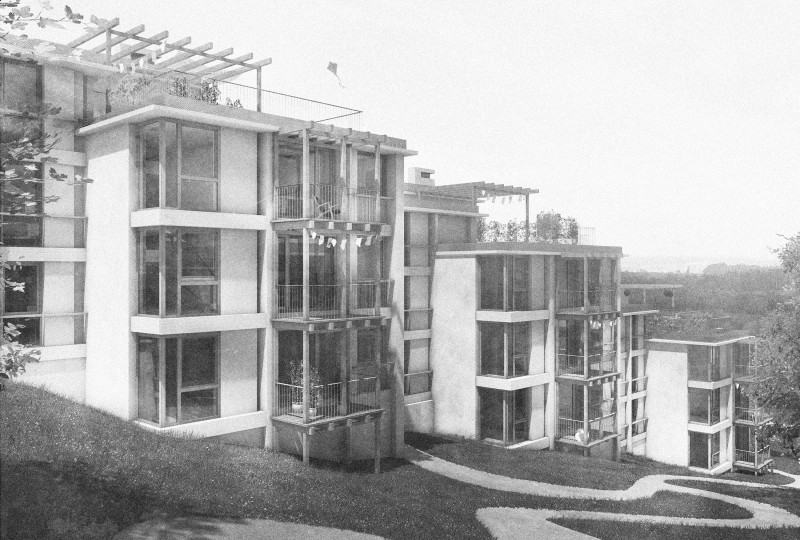 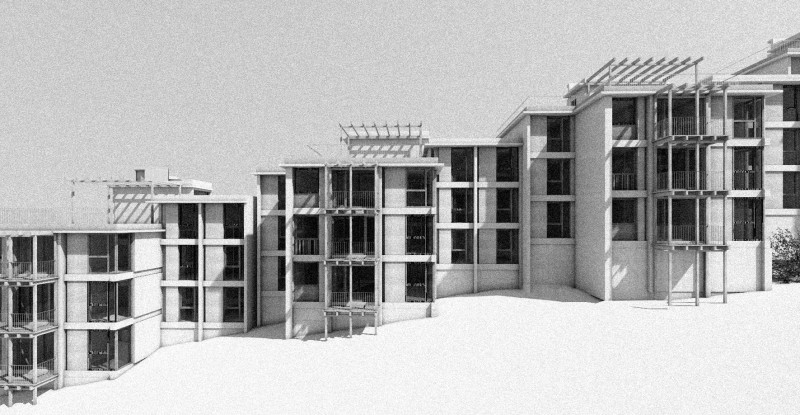 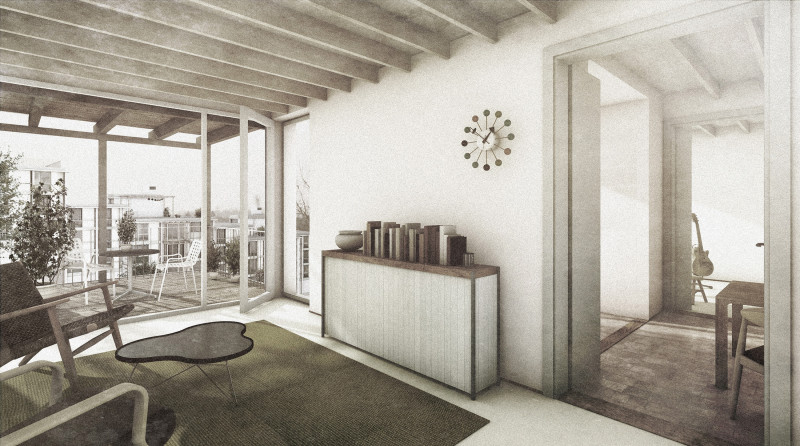 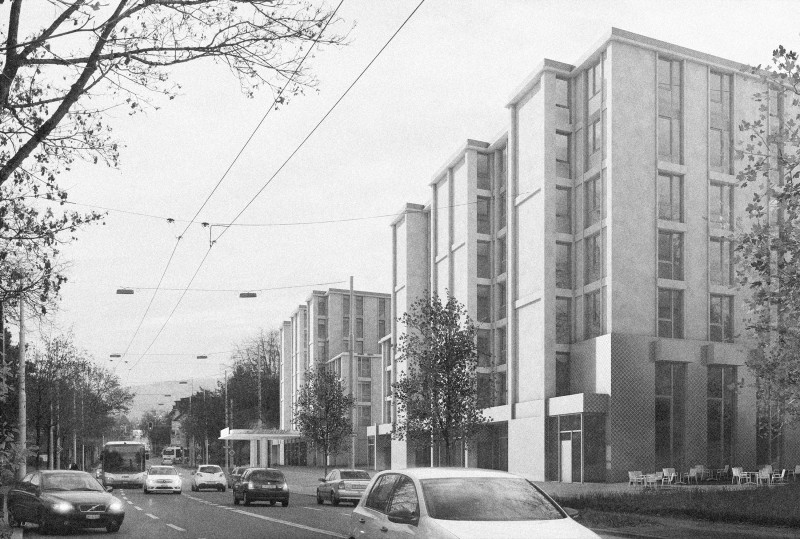 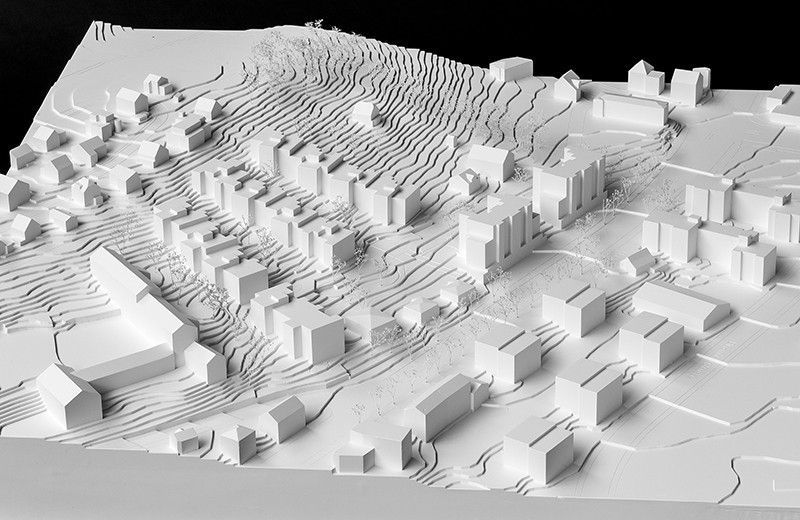